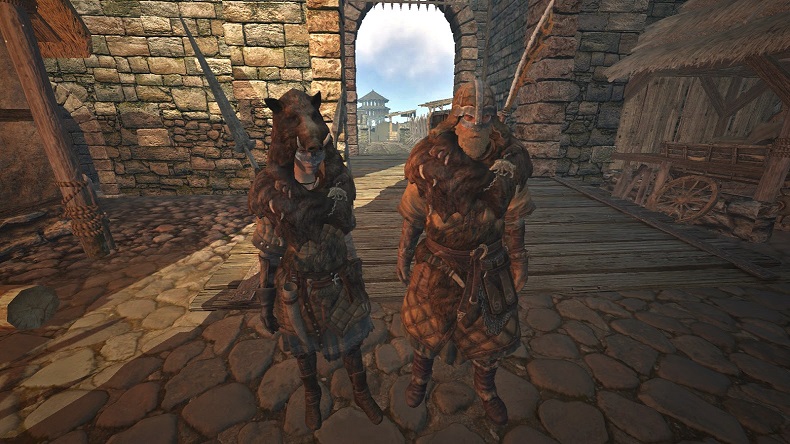 Life is Feudal Your Own is an interesting experiment, but one you shouldn’t rush to play. This game is a slow buildup to the start of the game, and requires a teamwork of all sorts to keep everyone safe and out of trouble. Nevertheless, it’s well worth the time and effort. The game is very interesting and a good pick-up for the first time. Whether you want to play the game as a solo player, or with your friends, you’ll likely find a lot to love about it.

If you’re not familiar with the game Life is Feudal Your Own, let us briefly explain the basics of this multiplayer medieval crafting MMO. The game uses developer-run servers and is based on the same premise of life-sucking, survival-style gameplay. You spawn in the middle of the map with no equipment, severely weakened stats, and a general lack of energy. However, once you get past the start-up hump, you’ll see that this game will become a favourite over time.

The game starts you at an open-ended point and allows 64 players to join the server. The 3km x 3 km gameworld allows you to grow your own crops, build houses, and survive against wild animals and player vs. player combat. You can also use resources to build structures and armour, and breed various animals. There are many features to customize your world, so you can make it the way you want it.

There are two types of servers for Life is Feudal Your Own, public and private. The public server has 64 players. It allows you to customize the rules and resources of your own server. If you want to set up your own private server, you can install the executable for your own dedicated server. In addition to the features that allow you to run your own server, this game also allows you to use the codebase of Life is Feudal Your Own on multiple platforms.

If you enjoy role-playing games, Life is Feudal might be worth giving a try. The game is set in medieval times, and players will be able to form their own clans and build their own keep. In addition, you can choose which profession you want to be, such as a blacksmith or cook, or even a warrior. The game’s combat system is quite unique, and it’s best to play with friends if you have the time. It also has a steep learning curve, so expect to spend hours immersing yourself in this sandbox.

Life is Feudal Your Own is a hardcore sandbox RPG that caters to 64 players in a 3km x 3km game world. This game features a unique crafting system that allows players to build anything they want, and even create a custom city. Players will be able to protect and repel attacks with different buildings and facilities. However, there are a few important things you should know before playing this game.

Read this subject:   How to Redeem the PS4 Call of Duty Cold War Discount Code

First, make sure that you have enough free disk space. This is because the game will require 90 GB of space. In addition, you will need about two GB of RAM. Secondly, you will need at least four GB of space on your computer to run the game. The game will also require an internet connection to play. However, this can be a good thing, because it allows you to save and load data on the fly.

The gameplay in Life is Feudal Your Own is a great combination of survival, action, and role-playing elements. You will be faced with a series of challenges and pitfalls, including player versus player combat and hunger. You will be able to use tools and craft resources to build a house, build weapons, and armour. It’s even possible to breed different animals, such as dogs and sheep, to survive in the game.

In addition to the crafting system, you can also build shelters and farms. Other game features include building and terraforming the map. Life Is Feudal allows you to create your own kingdom and work your way up to the position of guild leader. While the MMO may not be for everyone, it has many features that make it a fun game. You can explore the world and grow crops, build houses, and have adventures all within a fun-filled game world.

While feudalism was a system for governing large regions, it did not always function as well as it did in theory. Although it provided some unity, feudal governments could not afford to take on large projects or enforce laws in an equitable manner. This led to many wars among the lords. Although it provided protection to western European areas from outside invasions, feudalism did not bring lasting peace.

While feudalism is not practiced today, the myths surrounding it are quite fascinating. For instance, the role of religion in feudal societies was closely tied to the practice of law. The relationship between the church and state became more integrated, and the rhetoric of faith influenced the practice of law. While feudalism did not last long, it still inspired legends. In fact, many people have never experienced life without feudalism.

The feudal system was a complex system involving fiefs and hierarchical relationships. Peasants were divided between serfs and free peasants. The majority of peasants in medieval Europe were serfs. By the 12th century, 90% of the peasants lived as serfs. During this period, the balance of land fluctuated from manor to manor, and lords tended to take more land into demesne as the population increased. They could also extract labor services and rent in kind from the peasants by charging for the use of manor facilities such as a mill, a bakery, or a wine press.

The power structure of feudalism was based on personal loyalty and mutual obligations. The feudal system was able to last throughout the medieval realms because of the power it granted the kings. While feudalism was a complex system of social relationships, it was the only way to allow kings to mobilize military forces and control the population. In the end, feudalism gave way to early modern Europe and the landed gentry.

The feudal system had many unique features. The social structure was akin to a feudal society, with no strong central authority. Vassals, or subjects of a higher lord, were sworn to support and serve their superiors, either by voluntary oath or through military means. The second major tenant of feudal society is the requirement to supply labor services. Peasants were expected to grow necessary foodstuffs for their masters and provide a portion of the labor they had. In exchange for this, the peasant household was expected to supply part of its output or cash in lieu of labor.

The social aspect of feudalism is often overlooked, and historians are beginning to recognize its impact in modern societies. Throughout history, feudalism has fueled social inequality and a desire to create a more equal society. It was a system of social stratification that perpetuated itself as the status quo. The landed aristocracy was made up of lords, monarchs, and some tenants. Landworkers, or serfs, were categorized into two categories: free labourers and unfree labourers, or villeins. Free labourers, or peasants, worked for other people for little or no pay. Their work was required for the survival of themselves and their masters.

The first „three orders” had a strong emphasis on the military. Soldiers valued their horse, son, and wife above everything else. Their horses represented the value of two and a half generations of their families. Women kept the household economy in order and controlled peasants, as well as regulating crops. Church authorities supported the three orders. And peasants suffered the most in feudal societies. If these social structures are replicated throughout Europe, then they might be indicative of a medieval social order.

Scottish philosophers also sought to define feudalism outside of western Europe. In addition, they sought to include peasants in the concept. Adam Smith, for example, viewed feudalism as a stage in social development, in which people live in small communities with limited access to goods and services. He also characterized feudal governments as a form of capitalism, and noted that the absence of commerce and the use of semi-free labor were signs of feudalism. The Scottish philosopher John Millar, on the other hand, found outlines of feudal policies in Africa and Asia. Because feudalism was associated with ignorance, Europeans, at the time, considered these people barbarians.