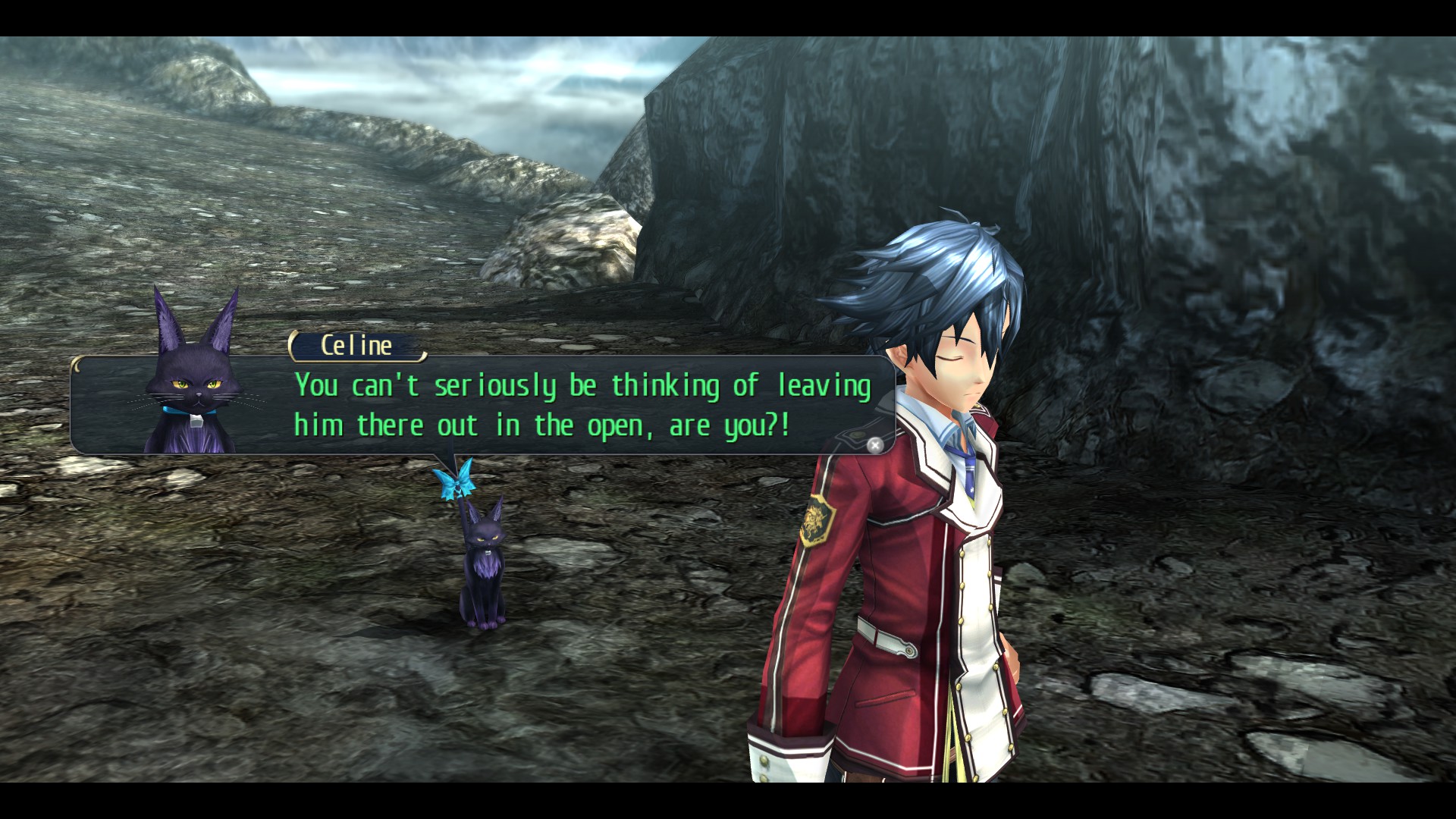 Trails of Cold Steel II starts with Rean waking up in the northern Eisengard Mountain range after being unconscious for over a month. While making his way down the mountain, he encounters a golem created during the Dark Ages known as the Magic Knight. Luckily, Toval saves Rean and escorts him back to Ymir. Meanwhile, Teo updates Lucia on the status of Rean and his friends.

Contents on this topic:
1 Rean’s quest to save his friends
2 Overdrive state
3 Japanese RPG style
4 Story

Rean’s quest to save his friends

Trail of Cold Steel 2 picks up one month after the events of its predecessor. In this sequel, protagonist Rean Schwarzer wakes up a month after the events of the first game and tries to save his friends and classmates. Meanwhile, war is breaking out in his homeland, and Rean must save his country from destruction. Meanwhile, many of Rean’s old classmates have not returned to the Thors Military Academy.

The sequel to the first game, Trails of Cold Steel starts with Rean waking up in the northern Eisengard mountain range. After a month of unconsciousness, he attempts to find his friends but soon finds himself battling with a giant robot known as the Magic Knight. Toval and Lucia rescue Rean and lead him back to Ymir, but it’s not without incident. Along the way, Teo and Lucia provide updates on Rean’s progress.

While the storyline is more or less the same as the first game, the stakes in Trail of Cold Steel II are much higher. The emphasis on the effects of war on ordinary citizens is more prominent in this game than in the previous one. While the first game left a lot of interesting questions unanswered, Trails of Cold Steel II wraps up Rean’s time at Thors Military Academy in a satisfying manner.

In this sequel, the ARCUS system is introduced, where bravery points can be used to issue powerful rush attacks with the linked party members. These links also have a number of bonding abilities. In addition to bonding events, Rean can also use the baths in the dormitory to increase his friendship meter. Although the bond levels of Cold Steel 2 do not carry over, they do carry over into Trail of Cold Steel 3.

The quest begins in the old schoolhouse, where Rean and his friends find Valimar. After defeating the Enforcers of the Society, the three decide to embark on a journey to the Nord Highlands. However, they encounter a group of Noble Alliance fighters, including the infamous Northern Jaegers. As Rean travels with his new friends, he learns about the situation in Erebonia and how he can save his friends.

Trails of Cold Steel 2 has a new gameplay system called Overdrive, which works in a similar way to Burst in the Burst franchise. Once filled to a certain point during battle, the Overdrive icon gives the party members advantages that last for three consecutive turns. During this time, any arts the party members know can be cast instantly. The game’s Overdrive state is unlocked at the Lunaria Nature Park, and Rean Schwarzer can enter Overdrive with her Toval Randonneur.

The Overdrive state allows characters to use a wide variety of abilities, including basic attacks, crafts, magic, and combat links. This new ability is particularly useful in the new world of Erebonia, which is currently torn apart by civil war. Using the Overdrive state, linked characters can act three times without any interruption. In addition to this, they can use ARCUS devices to get even more powerful weapons.

In addition to overdrive, Trails of Cold Steel 2 is an RPG-style tetralogy in Falcom’s legendary heroes series. The first half of the game takes place in the same timeline as the Zero/Azure duology, while the second half inherits its storylines from the bittersweet ending. There are new allies and enemies, and the Overdrive mode is a great way to get better at the game’s strategic combat.

In addition to enabling Overdrive, characters can also equip Quartz to enhance their abilities. Quartz works similar to materia systems from Final Fantasy VII. Each Quartz can be equipped to an ARCUS unit, and its name tells what spells the character can access. Quartz is also derived from Septith, an element crystallized in the game. You can obtain Septith during battles by defeating enemies with certain combinations of the element.

If you’re a fan of the Japanese RPG style, you’ll likely enjoy the sequel to Trails of Cold Steel. It is a thorough and long-lasting adventure that covers the key plot points from the first game. In addition to the massive cast, this game offers excellent graphics. But what makes it special is its unique formula: a social link system between characters. While it’s an old-school JRPG, the new version is a modern take on this genre.

Trails of Cold Steel II takes the franchise beyond portable consoles for the first time in a decade. The story is set in the fictional country of Erebonia, which was the antagonist in previous installments. The Japanese RPG style continues to evolve and introduce new threats to the world. In this installment, you play as Class VII, a group of high school teenagers who attend Thors Military Academy.

The combat is similar to the first game, but it’s more formulaic than the original. In addition to that, it also relies heavily on anime tropes. You’ll have to defeat enemy units to gain experience, but it’s not hard. It’s still a solid game, but you should avoid being overly impressed. You’ll be glad you played a demo before purchasing the game.

Trails of Cold Steel II continues the story of the first game while focusing more on the lore and politics of the world. The story is well-written and contains many nice character interactions, but the darker tone can sometimes make them harder to see. Still, the game offers plenty to do for fans of the first game. You’ll feel very much involved in the world of Cold Steel II as you explore its many worlds and quest through the series’ vast landscapes.

The gameplay in Trails of Cold Steel II is a little different from that of its predecessor, but still manages to deliver the same experience. The game has a great world, an intricate story and some excellent combat. The game will be available in Europe and North America later this year, which is good news for fans of the genre. However, there are some differences between the PlayStation 4 and Vita versions of the game.

The story continues one month after the events of the first game. Rean Schwarzer is woken up from his coma after a one-month hiatus, and he finds himself reunited with his bracer, Toval Randonneur. As a young man, Rean realizes that he cannot stop the war with a Valimar mech by himself. As the series moves forward, Rean must find a way to help his classmate stop the war.

The combat system in Trails of Cold Steel II is intimidating. It is based on action point systems, and players can repeat battles if they’re not successful. You can also retry the battles if your enemies are weakened. You can attack and block with a flick of the command wheel. You can also use magic or S-Breaks, as well as use the Overdrive feature to unlock your character’s skills and abilities.

While the sequel to Trails of Cold Steel is not perfect, it’s a solid game overall. Fans of the first game won’t be disappointed, but those who liked the first game will be delighted with the sequel’s massive cast and sweeping storyline. In addition to the great gameplay, Trails of Cold Steel II is a fantastic role-playing game for fans of the series. The sequel continues the story of the original game.